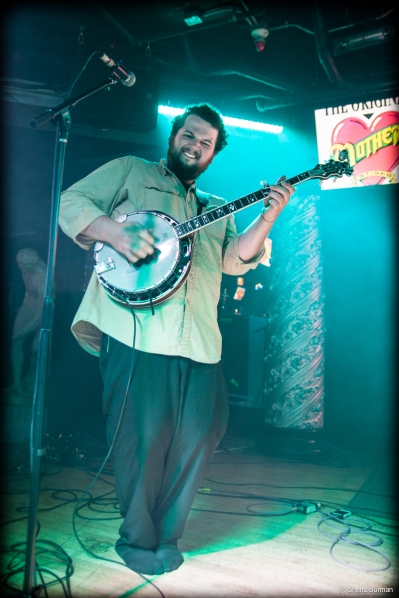 Leon was born in Kentucky and has been picking his banjo unconventionally since 2008.  Starting with Rising Creek String Band, singing and songwriting became an essential part of the every day.  He worked for awhile in the world of politics but left it all behind and decided to chase the music dream before it was too late.  Canyon Collected was built on a dream and an idea that if you believe in yourself, anything can happen.  Together with the help of his friends, family and bandmates Leon hopes to bring Canyon Collected to the attention of music fans worldwide.
In between Canyon Collected tours Leon hosts a radio show at KRFC 88.9fm in Fort Collins, a community & volunteer powered radio station.  He and Tia Martini perform as The Pickin’ Pear, a duo side project.  Sometimes he will even perform solo as Leon the Entertainer.